Days after Hurricane Ian slammed into Florida, shell-shocked residents are still assessing the damage left behind by record-high storm surge, damaging winds and catastrophic flooding that left some areas of the Sunshine State unrecognizable.

At least 66 people were killed by Ian in Florida as it swallowed homes in its furious rushing waters, obliterated roadways and ripped down powerlines. Four people were also killed in storm-related incidents in North Carolina, officials say.

The hurricane – expected to be ranked the most expensive storm in Florida’s history – made landfall Wednesday as a powerful Category 4 and had weakened to a post-tropical cyclone by Saturday, dropping rain over parts of West Virginia and western Maryland.

While sunshine has returned to Florida, many there are contending with Ian’s sobering aftermath: a power grid that may take weeks to fix, destroyed homes, damaged landmarks, and lost loves ones.

The devastation stretched from Florida’s coastal towns to inland cities like Orlando, but was felt most intensely in southwestern coastal communities, like Fort Myers and Naples.

Crews had rescued and evacuated more than 1,070 people from flooded areas in southwest and central Florida and transported 78 people from a flooded elderly care facility as of Saturday morning, Gov. Ron DeSantis’ office said in a news release.

“We’re flying and we’re operating in areas that are unrecognizable,” he said. “There’s no street signs. They don’t look like they used to look like. Buildings that were once benchmarks in the community are no longer there.”

Many of the Ian-related deaths have been reported in southwestern Florida’s Lee County, which includes Fort Myers and Sanibel Island, where at least 35 people died.

Local officials are facing criticism about whether mandatory evacuations in Lee County should have been issued sooner. Officials there did not order evacuations until less than 24 hours before the storm made landfall, and a day after several neighboring counties issued their orders.

DeSantis on Saturday defended the timing of Lee County’s orders, saying they were given as soon as the storm’s projected path shifted south, putting the area in Ian’s crosshairs.

The storm’s toll in Florida also includes 12 deaths in Charlotte County, eight in Collier County, five in Volusia County, three in Sarasota County and one each in Polk, Lake and Manatee counties, according to officials.

President Joe Biden continued to pledge federal support for Florida, saying Hurricane Ian is “likely to rank among the worst … in the nation’s history.”

The President and first lady Jill Biden are set to travel to Puerto Rico Monday to survey damage from Hurricane Fiona, then head to Florida Wednesday, according to a statement from the White House.

The Florida National Guard was working on search and rescue missions with local authorities throughout southwest and central Florida Saturday, pulling distressed residents from flooded areas and lifting some to safety via helicopter, according to the governor.

People on Sanibel and Captiva islands found themselves cut off from the mainland after parts of a causeway were destroyed by the storm, leaving boats and helicopters as their only exit options.

Groups of civilian volunteers were working to help residents leave Sanibel, where aerial imagery has shown many cottages that lined the island’s shores were wiped away.

Sanibel Island resident Andy Boyle was on the island when the hurricane hit. He said he lost his home and two cars, but feels lucky to be alive.

“A lot of people have very expensive, well-built homes on Sanibel and they felt with their multi-million dollar homes built like fortresses, they would be fine,” Boyle said.

Boyle was riding out the storm at home when the dining room roof collapsed. “That’s when we started to get concerned,” he said.

He described waving down National Guard aircraft the next day outside his house, and seeing the scenes of devastation around the island.

The US Coast Guard plans to evacuate people from Lee County’s Pine Island during daylight hours Sunday, according to the Lee County Sheriff’s Office.

Residents were also evacuated from the Hidden River area of Sarasota County after a compromised levee threatened to flood homes, the sheriff’s office said Saturday.

Further complicating recovery is the lack of electricity and spotty communication in impacted areas.

It could take up to a week from Sunday before power is restored in storm-damaged counties, said Eric Silagy, president and CEO of Florida Power & Light Company. And some customers may not be back on the grid for “weeks or months” because some buildings with structural damage will need safety inspections.

Florida is working with Elon Musk and Starlink satellite to help restore communication in the state, according to DeSantis. “They’re positioning those Starlink satellites to provide good coverage in Southwest Florida and other affected areas,” DeSantis said.

Emergency responders in Lee County will be among those receiving Starlink devices.

Hurricane Ian may have caused as much as $47 billion in insured losses in Florida, according to an estimate from property analytics firm CoreLogic – which could make it the most expensive storm in the state’s history.

After walloping Florida, Ian made its second landfall in the US near Georgetown, South Carolina, Friday afternoon as a Category 1 hurricane, and began lashing the coasts of Georgia and the Carolinas with ferocious wind and rainfall.

In North Carolina, the four storm-related deaths include a man who drowned when his truck went into a flooded swamp; two people who died in separate crashes; and a man who died of carbon monoxide poisoning after running a generator in a closed garage, according to Gov. Roy Cooper’s office.

No deaths have been reported in South Carolina, Gov. Henry McMaster said Saturday.

The storm has flooded homes and submerged vehicles along South Carolina’s shoreline. Two piers – one in Pawleys Island and another in North Myrtle Beach – partially collapsed as high winds pushed water even higher.

Edgar Stephens, who manages the Cherry Grove Pier in North Myrtle Beach, South Carolina, stood yards away as a 100-foot section from the pier’s middle crashed into the ocean.

Stephens said the Cherry Grove Pier is a staple for community members and tourists alike.

“We’re a destination, not just a fishing pier,” Stephens said.

SpaceX to launch tomato seeds, other supplies to space station 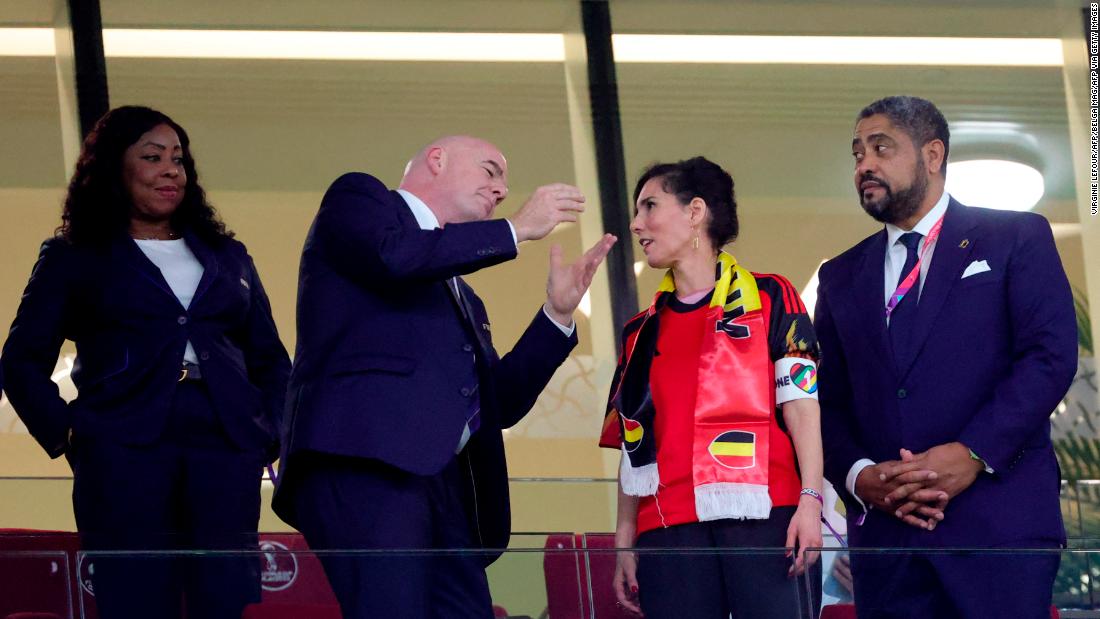 ‘Scary our lives are so controversial’: How tug of war over ‘OneLove’ armbands descended into a World Cup sideshow