The sudden decision to cut out more than 700,000 borrowers from President Biden’s $400 billion student loan handout could make it harder for opponents of that policy to challenge it in court, and some say the change appears to have been made precisely for that reason.

Soon after Biden’s policy was announced, officials said loan forgiveness would only apply to borrowers who consolidated their debts under the Department of Education. That last-minute change made more than 700,000 borrowers ineligible for the handout because their loans are still managed by private companies.

Just before that change was announced, Nebraska and five other states filed a lawsuit arguing that their finances would be adversely hit by the handout. These states argued they had standing to sue because millions of dollars in public pension funds are invested in private companies that manage many of these student loans, and that Biden’s program would hurt these companies and lead to lower returns.

Legal experts told Fox News Digital that by making loans managed by these companies ineligible for forgiveness, the Biden administration may have stripped the six states of any standing in court, and likely helped the policy survive an early court challenge.

The White House’s decision to cut out more than 700,000 borrowers from President Biden’s student loan handout could wind up making legal challenges more difficult.
(Paul Morigi/Getty Images for We the 45m)

“By getting rid of the privately-backed loans, they probably cut off the right to sue from certain investors, financial institutions, and state governments who could argue they would be negatively impacted by the proposal,” said Jack Fitzhenry, a legal policy analyst at the Heritage Foundation.

“This makes it a lot harder for states and companies managing the privately-held debt to sue over lost revenue,” said Fitzhenry.

Policy experts said this is not the first time the White House has revised the parameters of the handout in response to legal attacks. One of the first legal challenges filed against the handout was from a borrower who would have to pay taxes on the handout because their state of residence considers debt cancelation as income.

Biden first announced in August plans to forgive between $10,000 and $20,000 for borrowers making less than $125,000 annually.
(Bonnie Cash/UPI/Bloomberg via Getty Images)

“When that lawsuit was filed, there was no indication that borrowers could opt out on the official website set up to provide information,” said Beth Akers, a senior fellow at the American Enterprise Institute. “After the lawsuit, the website was updated to say you could opt out and that might be enough to nix the lawsuit.”

The White House has revised the handout proposal several times since Biden first announced in August plans to forgive up to $10,000 for borrowers making less than $125,000 annually, and up to $20,000 for people in families earning less than $250,000.

The revisions have been heavily criticized by policy experts, some of whom have argued the administration seemed unprepared to roll out the program. Now some say that maybe the White House’s tactics are more strategic than first appear.

Policy experts not that is not the first time the White House has revised the parameters of the handout in response to legal attacks. (iStock)

“I think it’s a mistake to look at all the apparent chaos and conclude that none of its intentional,” said Fitzhenry. “Not all of it is intentional, but at least a some seems to be strategic. They’re fine-tuning the proposal in real time to make sure it lasts.” 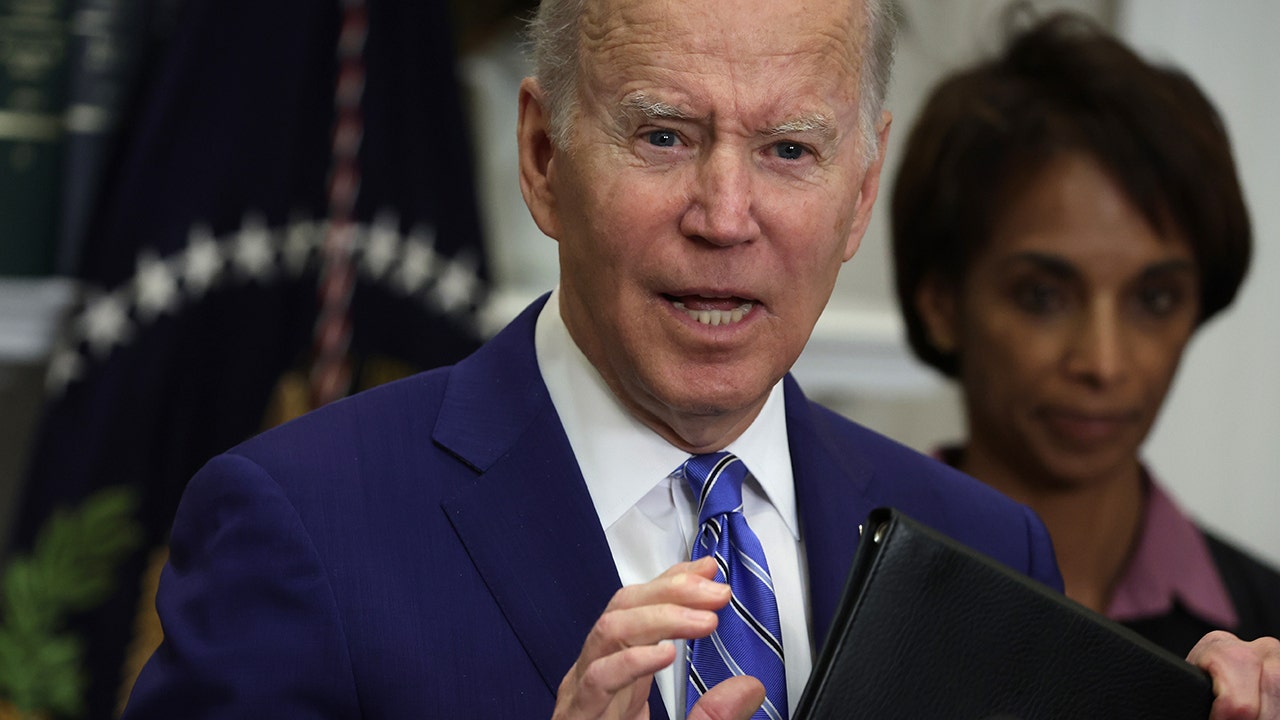 November jobs report was not a blowout, it was a big disappointment