What yields are doing

Yields on U.K. government bonds, known as gilts, fell sharply on Monday after new Chancellor of the Exchequer Jeremy Hunt abandoned the majority of the £45 billion ($51 billion) in previously announced unfunded tax cuts that were blamed for sparking a bout of global market volatility and stoking fears of a broader breakdown of the financial system.

See: U.K. chancellor throws out almost all major tax cuts from the mini-budget and pares back energy support

Hunt also pulled back on the government’s energy-price guarantee, which was to support households and businesses for two years. It will now remain universal until April 2023 and therefore will cost taxpayers “significantly less than planned,” he said.

Read: Who is Jeremy Hunt? Meet the new U.K. chancellor

Hunt replaced Kwasi Kwarteng, who was fired by Prime Minister Liz Truss at the end of last week. The tax cuts and energy-relief plan, unveiled at the end of last month, had sent U.K. bond yields soaring, stirring spillover effects in financial markets and pushing up U.S. Treasury yields. The Bank of England stepped in to buy U.K. government bonds in an effort to stabilize the market and prevent an implosion of pension funds, but with an Oct. 14 deadline.

Also see: Why Kwasi Kwarteng could not survive the battle with the Bank of England

Investors appeared to have moved on since Thursday’s U.S. consumer-price index report, which included a year-over-year headline rate of 8.2% and hotter-than-expected monthly core reading of 0.6%. The data cemented expectations for a 75-basis-point rise in the fed-funds target rate at the Federal Reserve’s November policy meeting, while also boosting the possibility of another move of the same size at its December meeting.

“The trading week began on somewhat calmer footing in the Treasury market as investors continue to evaluate how the shifting fiscal agenda in London will develop and what that means for the pound and gilt yields,” said BMO Capital Markets rates strategists Ben Jeffery and Ian Lyngen.

“The relatively light nature of the data calendar this week leaves the solid slate of incoming Fed rhetoric relatively more tradable in the wake of CPI and given that it will be monetary policy makers’ final opportunity to offer official commentary ahead of the November meeting,” they wrote in a note. 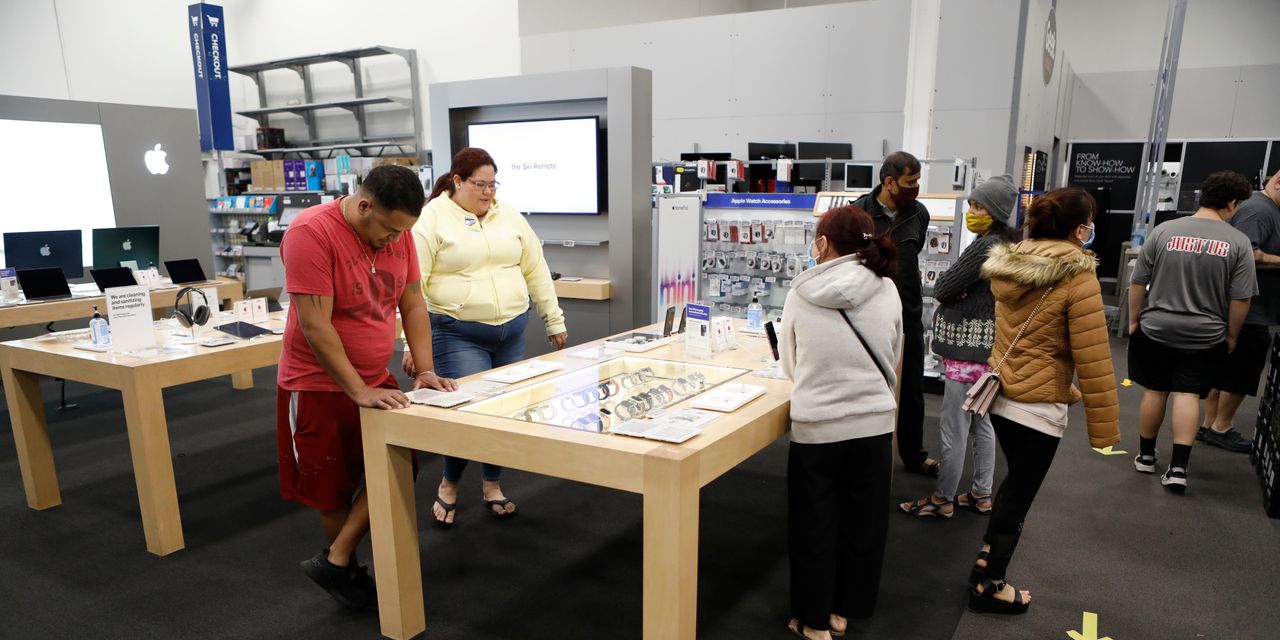