Want to keep beating the S&P 500 and at much lower risk? Bet on Buffett, and perhaps this younger clone, says this fund manager

Optimism from a bullish start to the week is set to spill over into Tuesday’s session, with stock futures tearing higher. That’s as Goldman Sachs — and Netflix later — will keep the earnings ball rolling.

Some are attributing the positive mood to a report that the Bank of England may shelve a quantitative tightening plan, with hopes the Fed could follow. Others say, short covering, technical flows, yadda yadda.

At the end of the day, all that is just a distraction for investors who really need to focus on a portfolio’s stock picks, as Daniel Gladis, founder of the Malta-based Vltava fund, reminds clients in his recently-published third-quarter letter.

And in our call of the day, Gladis says investors need to get Berkshire Hathaway
BRK.A,

in their portfolio if they haven’t already. Warren Buffett’s conglomerate has been Vltava’s oldest position — 11 years — and mostly largest throughout that time.

“If I had to invest all my money in a single stock and could not touch it at all for 5–10
years, then I would choose BRK without any hesitation,” he writes, noting the conglomerate’s investments are above average as far as quality, efficiency in capital allocation and balance sheets, as well as offering low-business risk.

Gladis says Berkshire’s earnings power is somewhere atop $50 billion per year, giving the entire company a market capitalization of $590 billion, and leaving it to trade at less than 12 times annual earnings.

“It is very realistic to expect BRK’s stock price to grow at an average rate of about
10% per year over the long term. This is considerably greater than what with equal
realism can be expected from the stock markets generally,” he says.

“Thus, we look for Berkshire’s stock to continue in beating the S&P 500 index
SPX,
,
and to do so at much lower risk than that of the index as a whole,” he says. Berkshire shares are down just over 7% year to date, versus a 22% drop for the S&P.

Gladis also highlights Markel
MKL,
,
a holding company for insurance, reinsurance and investments that is one of the few out there following in Berkshire’s footsteps.

“Markel can be said to be some 30 years behind Berkshire Hathaway in its development. Therefore, it still has a lot of room for growth in the coming decades and it has one undeniable advantage over BRK. That is, its smaller size,” says Gladis.

Berkshire’s massive market capitalization and total assets of $900 billion will likely slow future growth, whereas with just $15 billion on the former, Markel has lots of room to grow, says the manager.

What else does the Malta-based fund like? BMW
BMW,
,
“the best managed car company,” in a sector struggling with semiconductor shortages. A scarcity of its autos on the market “is more than compensated by the high margins that are currently enabling BMW to make new-record profits,” says Gladis, adding that with the auto maker’s shares trading at 4 times forward earnings, investors can expect buybacks.

is another pick, which they brought into the fund during prepandemic lows. A stable and profitable company, strong free cash flow, revenues of $300 billion and a focus on reducing debt over the past few years are all winning points. Trading at about 11 times forward earnings, valuation is also appealing, says the manager.

They also like “the strongest and best-managed bank in the world” — JPMorgan Chase
JPM,
,
which reported forecast-beating results last week. “JPM has been very profitable even during years when interest rates were close to zero. The current – and perhaps not temporary – return to somewhat more normal, higher interest rates should have a significantly positive impact on the bank’s
interest income and overall profitability,” said Gladis.

Finally, the fund also owns Lockheed Martin
LMT,
,
which has been in the spotlight this year as Russia’s invasion of Ukraine reminded the world of the need for defense companies. It’s one of a few large firms that play a dominant role in that sector, and its key customer is the U.S. Plus, part of its production is classified as secret, meaning a further edge.

are surging, with bonds
TMUBMUSD10Y,

calm and the dollar
DXY,

are also firmer, while bitcoin
BTCUSD,

Read: 11 stocks tolead your portfolio’s rebound after an earnings recession and market bottom

reported an earnings beat, but trimmed its outlook. Still to come are Goldman Sachs
GS,

Best of the web

How Switzerland’s oldest bank turned into a meme stock.

Cisco gear is being shipped into Russia from China, leaked customs database shows

Fresh off the presses, Bank of America’s monthly fund manager report found that cash levels for fund managers were the highest in 21 years. It also added another voice to those worried about market liquidity. Here’s that chart:

These were the top-searched tickers on MarketWatch as of 6 a.m. Eastern:

Need to Know starts early and is updated until the opening bell, but sign up here to get it delivered once to your email box. The emailed version will be sent out at about 7:30 a.m. Eastern. 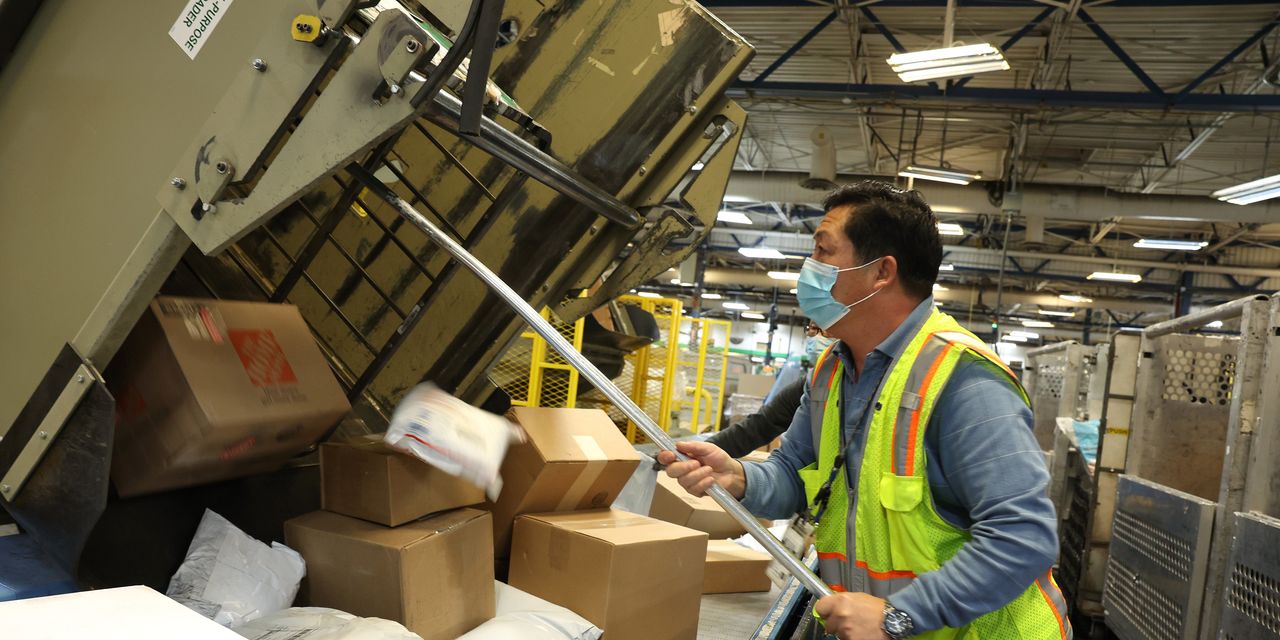