Will the Qatar World Cup be carbon-neutral? | Football News

Environmental groups have questioned claims by World Cup organisers that the tournament will be carbon-neutral.

Qatar World Cup 2022 organisers have promised a carbon-neutral tournament but environmental groups are warning that the football event will be far more polluting than advertised.

The Supreme Committee for Delivery & Legacy (SC), the host organising body, said the tournament will generate 3.6 million tonnes of CO2 equivalent, compared with 2.1 million generated by the previous edition, in Russia in 2018.

The vast majority of these emissions, about 95 percent, are indirect, coming from things like transport, infrastructure building and housing.

However, Gilles Dufrasne, a researcher for Carbon Market Watch and author of a report into Qatar 2022’s climate credentials, said that carbon neutrality claims were “misleading and dishonest about the true climate impact that the event will have”.

Julien Jreissati, programme director of Greenpeace Middle East, has accused organisers of “window dressing”, insisting that claims of net-zero emissions from the tournament “could be considered greenwashing/sportswashing”. 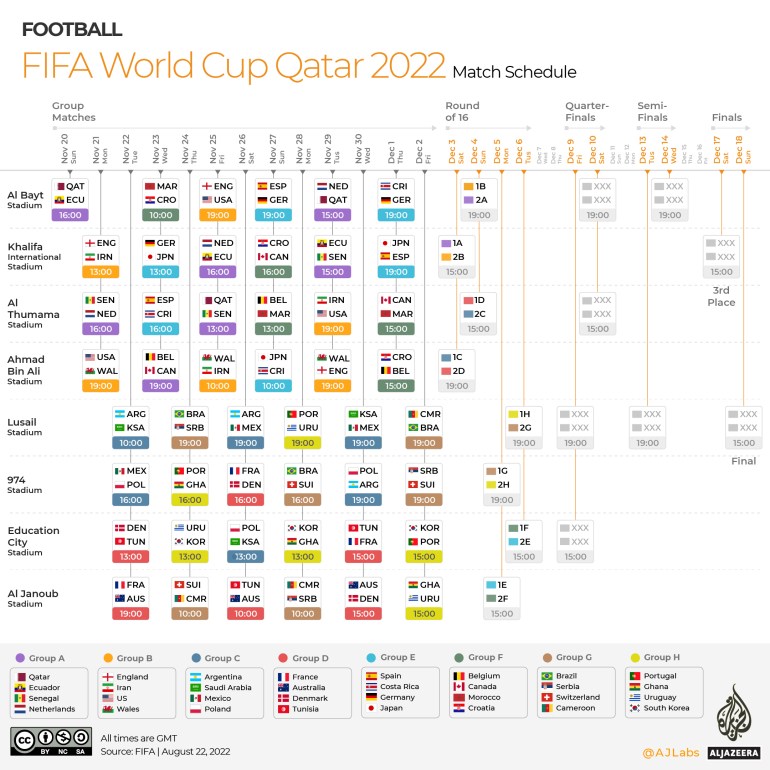 Carbon Market Watch added that the hosts’ estimate of CO2 is incomplete.

For example, it says that Qatar has underestimated the footprint of constructing eight new stadiums by a factor of eight – with the construction generating 1.6 million tonnes of CO2 instead of the 200,000 tonnes disclosed.

Qatar says most of the new stadiums will be used after the tournament is over, and that their environmental impact should not be tied specifically to one event.

“Our goal is to offset all greenhouse gas emissions, while advancing low-carbon solutions in Qatar and the region,” a statement on the Qatar 2022 website reads. “A carbon-neutral tournament is delivered through a four-step process: awareness, measurement, reduction and offsetting. We are progressing rapidly in all areas.”

The tournament was originally scheduled to be held in June and July. With the extreme summer temperatures in mind, organisers introduced a cooling technology inside the stadium.

However, the World Cup was then moved to November and December by FIFA due to the expected heat.

However, stadium air conditioning in Qatar is expected to only contribute a minimal amount to the tournament’s climate impact.

To achieve carbon neutrality, tournament organisers have promised that emissions will be offset in the form of carbon credits. These, in theory, balance out the emissions produced by saving emissions elsewhere in the world.

On Tuesday, Qatar inaugurated its first solar power plant stretching across the desert, a vast site planned to provide up to 10 percent of the tiny Gulf nation’s energy supply.

It was launched in 2016 in partnership with France’s TotalEnergies and Japan’s Marubeni as part of a broader push by Qatar – one of the world’s biggest producers of liquified natural gas – to invest in solar energy.

Saad Sherida al-Kaabi, Qatar’s energy minister and president of QatarEnergy, said the plant is part of Qatar’s “strategic initiatives to build projects that contribute to reducing gas and thermal emissions”.