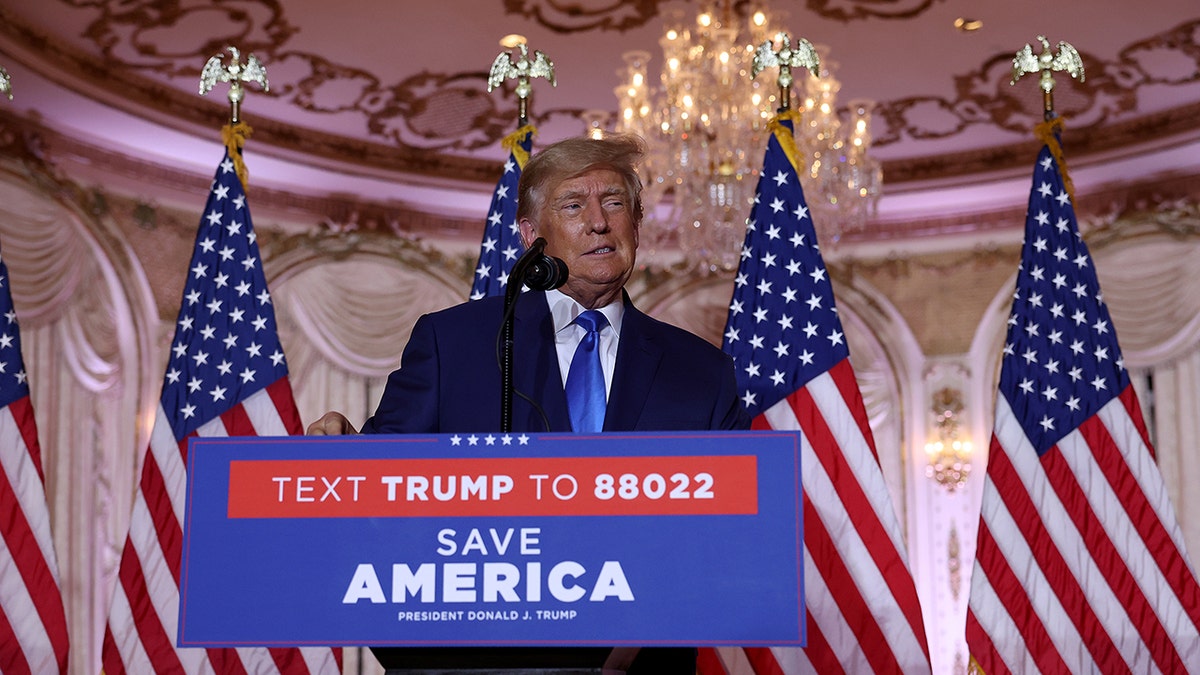 With the GOP’s push to win back the Senate majority potentially coming down to the Senate runoff election in Georgia, a growing number of allies of Donald Trump are publicly and privately urging the former president not to make his expected 2024 announcement next Tuesday.

Among the latest to call for Trump to postpone his announcement until after the Dec. 6 runoff election between Republican nominee Herschel Walker and Democratic Sen. Raphael Warnock is veteran Republican consultant and Trump 2016 campaign senior adviser Mike Biundo.

“I believe Donald Trump should wait to make an announcement about 2024 until after the Georgia runoff. Right now, Walker’s campaign needs to be the priority and focus for our party,” Biundo emphasized in a tweet and a conversation with Fox News.

But a source with knowledge of Trump’s thinking says “regardless of the advice,” he believes the former president will go ahead and make 2024 news next week.

Warnock finished roughly 35,000 votes ahead of Walker out of nearly 4 million votes cast in Tuesday’s election. The Georgia Secretary of State’s office announced Wednesday that the Senate election was headed to a runoff since no candidate received over 50% of the vote. According to the latest unofficial and incomplete returns, Warnock was at 49.4%, Walker at 48.5% and Libertarian Party nominee Chase Oliver at 2.1%.

Under Georgia law, if no candidate tops 50% of the vote in the general election, the two top vote-getters compete in a runoff race, which this cycle is being held on Dec. 6.

With votes in the midterm elections still being counted in the battleground states of Arizona and Nevada, and those Senate races still too close to call, the Republicans hold a 49-48 edge over the Democrats for control of the 100-member chamber. If either the Republicans or Democrats sweep both of those contests, control of the Senate will be settled.

However, if the two parties split the contests in Arizona and Nevada, the Senate majority will be at stake in the Georgia runoff election. In Arizona, Democratic Sen. Mark Kelly currently holds a slight lead over GOP challenger Blake Masters, while in Nevada, Republican challenger and former State Attorney General Adam Laxalt maintains a razor-thin edge over Democratic Sen. Catherine Cortez Masto.

Trump is already under fire by many in the Republican Party who argue that the former president’s backing of far right MAGA loyalists in GOP primaries hurt the party in this week’s general election, downsizing a potential red wave into a more of a trickle. But he appears to be moving ahead with what he’s touting as a “special announcement” on Tuesday night at his Mar-a-Lago club in Palm Beach, Florida.

TRUMP TELLS FOX NEWS ‘WHY WOULD ANYTHING CHANGE’ ON 2024 ANNOUNCEMENT

The former president, touting the wins of the more than 200 “great” Republican candidates he endorsed who were able to claim victory in their midterm election races, said in a Fox News Digital interview on Wednesday that his plans to make a “major” announcement on Tuesday not changed.

“We had tremendous success,” Trump told Fox News Digital’s Brooke Singman, adding “why would anything change?” as he referred the upcoming announcement.

Sources in Trump’s political orbit tell Fox News that top aides at Mar-a-Lago are urging Trump to move forward with that announcement. But they add that the former president continues to call friends and advisers, asking for their advice.

Some of those people are giving their advice publicly.

Jason Miller, a top official on the 2016 and 2020 Trump campaigns, says he’s encouraging Trump to delay the announcement until after the runoff election is over.

“I know there’s a temptation to starting talking about 2024 — no, no, no, no, no,” McEnany said on Wednesday’s edition of Fox News’ “Outnumbered.”

“2022 is not over. Every Republican energy needs to go to grinding the Biden agenda to a halt, and that could go straight through the state of Georgia,” McEnany said.

McEnany, a co-host of the program, added that when it comes to a likely Trump 2024 announcement on Tuesday, “I think he needs to put it on pause, absolutely.”

Biundo urged the former president “to heed his own words and put America first… I really think he would do everyone a favor, including himself, if he would take a step back, take a deep breath, cool the rhetoric, and let’s all work together to make sure Herschel Walker is the next senator from Georgia.”

He noted that “there are a lot of people — some of them quietly, some of them more publicly — who’ve come out and said this. People that worked for him and actually do want to see him do well. And he would do well to listen to them.”

Georgia Lt. Gov. Geoff Duncan, a vocal Republican critic of the former president, called Trump a “conservative distraction” when it comes to the Senate runoff election in his state.

Duncan, who opted against running for re-election this year to focus on his effort to reboot what he hopes will be a post-Trump GOP, told Fox News he would encourage Walker “to call Donald Trump personally and tell him to stay home, to stay out of Georgia. Enough’s enough.”

“Getting in early for a guy with 100% name ID — you don’t need to,” Lewandowski emphasized.

“Once you become an official candidate, there are limitations on what you can and cannot do. Being a non-candidate is actually advantageous for a guy with 100% name ID and $100 million in the bank,” Lewandowski said. 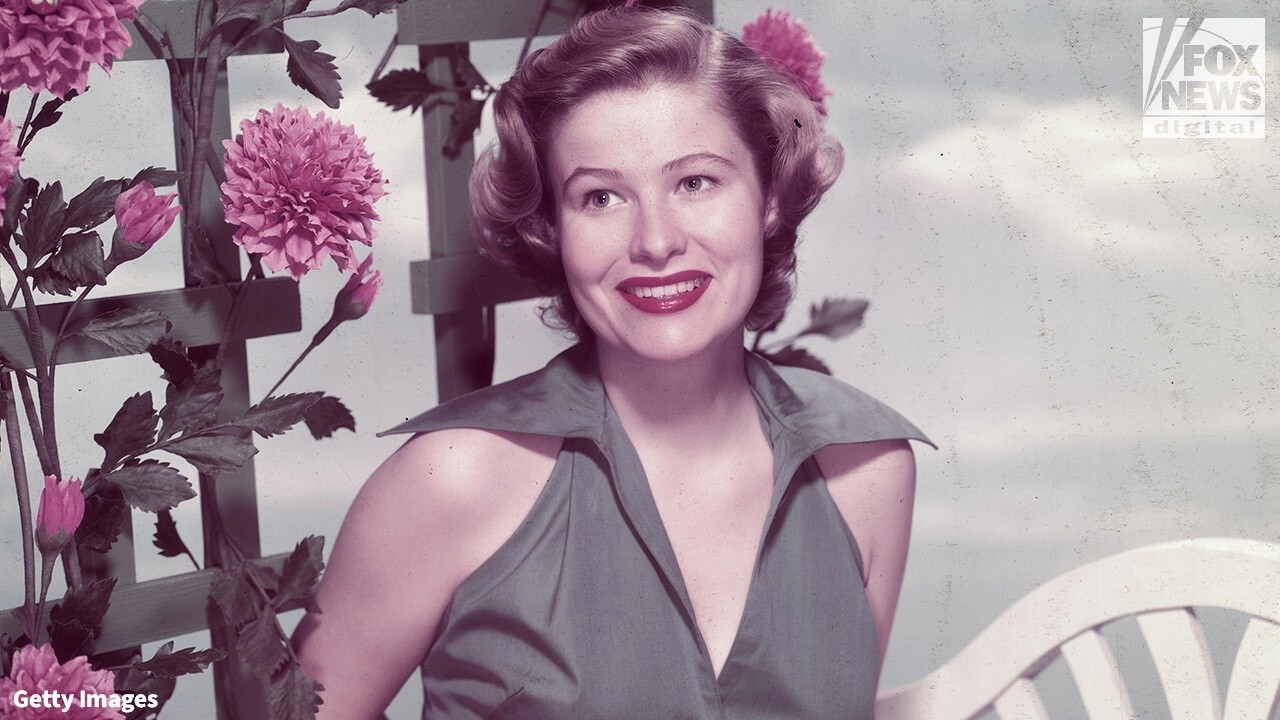