Pot Smoking Baby Boomers Are On The Rise, Why Are Scientists So Happy For Them? Hint: Benefits For The Aging Brain 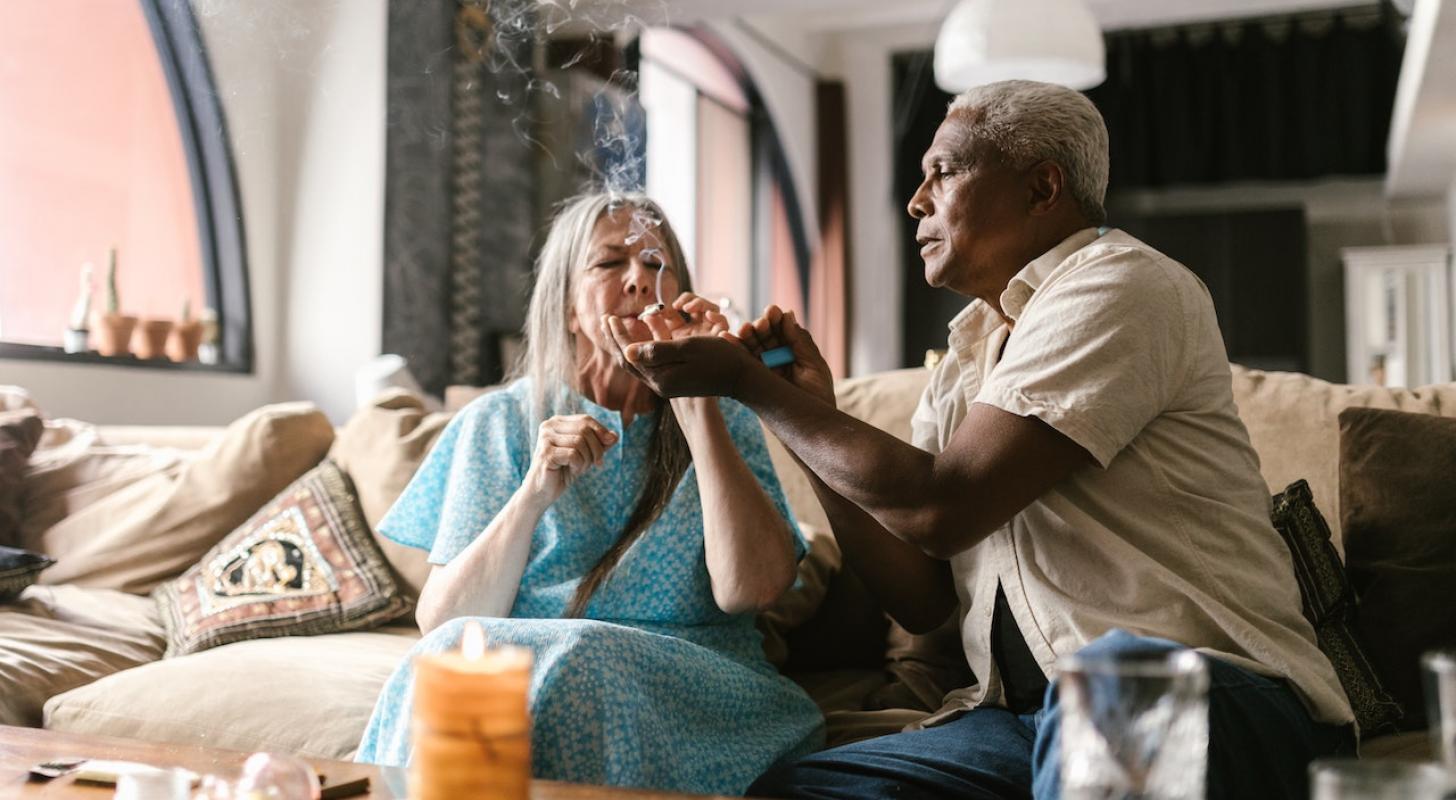 As cannabis users get older and/or as weed consumption among seniors becomes more common (it has quadrupled in the past seven years!) a group of scientists honed in on this large demographic of pot-smoking baby boomers..and guess what? Their results suggest that the use of whole-plant cannabis does not have a negative impact on cognition. In fact, the opposite is true.

The study, done at the University of Colorado Boulder, examined the effects of cannabis use in adults aged 60 to 88 with no history of alcohol or other substance use disorder.

Gary Wenk Ph.D., a scientist not involved in the study, noted that while high THC levels can have negative effects on the adolescent brain, quite the opposite is true with older brains. Older cannabis users, relative to non-users, have significantly greater neuronal communication between the cerebellum and hippocampus.

Why? Age-related changes in the endocannabinoid system (ECS) include a decrease in the number of cannabinoid receptors throughout the brain. The ECS, a significant aspect of our human physiology that helps maintain homeostasis, is a complex cell-signaling system in the brain and body that interacts with just about all of our other body systems.

During normal aging, the decline in cannabinoid receptors correlates with increased levels of inflammation in these brain regions causing a loss of neurons in the hippocampus, which is critical for learning and memory. This, in short, explains age-related memory impairment.

Wenk referred to his own laboratory studies that showed improved memory, decreased brain inflammation and increased hippocampal neurogenesis in older brains after the daily stimulation of cannabinoid receptors. “The potential benefits are important given that the cerebellum and hippocampus are highly vulnerable to the effects of aging. The hippocampus is stable until around age 50, at which point the hippocampus undergoes a rapid period of atrophy,” he wrote in Psychology Today, adding that hippocampus atrophy is consistent with mild cognitive impairment.

“The few human studies of the effect of cannabis on the brain in middle-aged or older adults found little or no negative effects on cognitive function. Longitudinal studies that compared pre- and post-exposure performance reported that cannabis was associated with improved cognitive task performance in middle-aged adults,” Dr. Wenk wrote.