OMAHA, Neb. — The Texas Longhorns women’s volleyball team is in familiar territory: back in the NCAA championship match.

Texas, the No. 1 overall seed in the tournament, beat the San Diego Toreros 3-1 on Thursday to advance to Saturday’s final, where the Longhorns will meet the winner of Louisville vs. Pitt.

This will be the Longhorns’ eighth appearance in the NCAA title match, which ties them with UCLA for the fourth most. Only Stanford (17), Penn State (10) and Nebraska (10) have played for the NCAA championship more. Texas won NCAA titles in 2012 and 1988 and took the final AIAW championship in 1981.

The Longhorns have knocked on the door several times since their last NCAA title a decade ago, including their final loss two seasons ago to Kentucky here in Omaha. But they hope to push through that door this year.

“It’s about handling our emotions,” Texas coach Jerritt Elliott said of preparing for the championship. “I’ve got a lot of trust in this group in terms of our routines. I’ve been really impressed with their resilience and the way they want to fight. They really want to earn this thing, and now they’ve got that chance.”

“The first set was not our perfect set,” Texas opposite hitter Molly Phillips said. “It feels awesome to go out and play perfect volleyball and sweep a team. But it’s an even better feeling to not play the perfect game, grind through the hard times and beat a team in four sets like that.”

Madisen Skinner led Texas with 17 kills, Logan Eggleston had 16 and Phillips 14. Thursday’s semifinal pitted a Texas program that was in its 14th NCAA final four vs. a San Diego program in its first. The Toreros were the No. 2 seed in their region and defeated top-seeded Stanford on the Cardinal’s home court in the elite eight. San Diego finished the season 31-2.

“What an incredible season for San Diego volleyball,” said the Toreros’ Jennifer Petrie, who was named the AVCA Division I coach of the year earlier Thursday. “I could not be more proud of these girls. … The belief that they had that we deserved to be here. We earned the right to be here, and we made a statement for that. Kudos to Texas, who is a very, very good team. One we pushed tonight, and we battled with.” 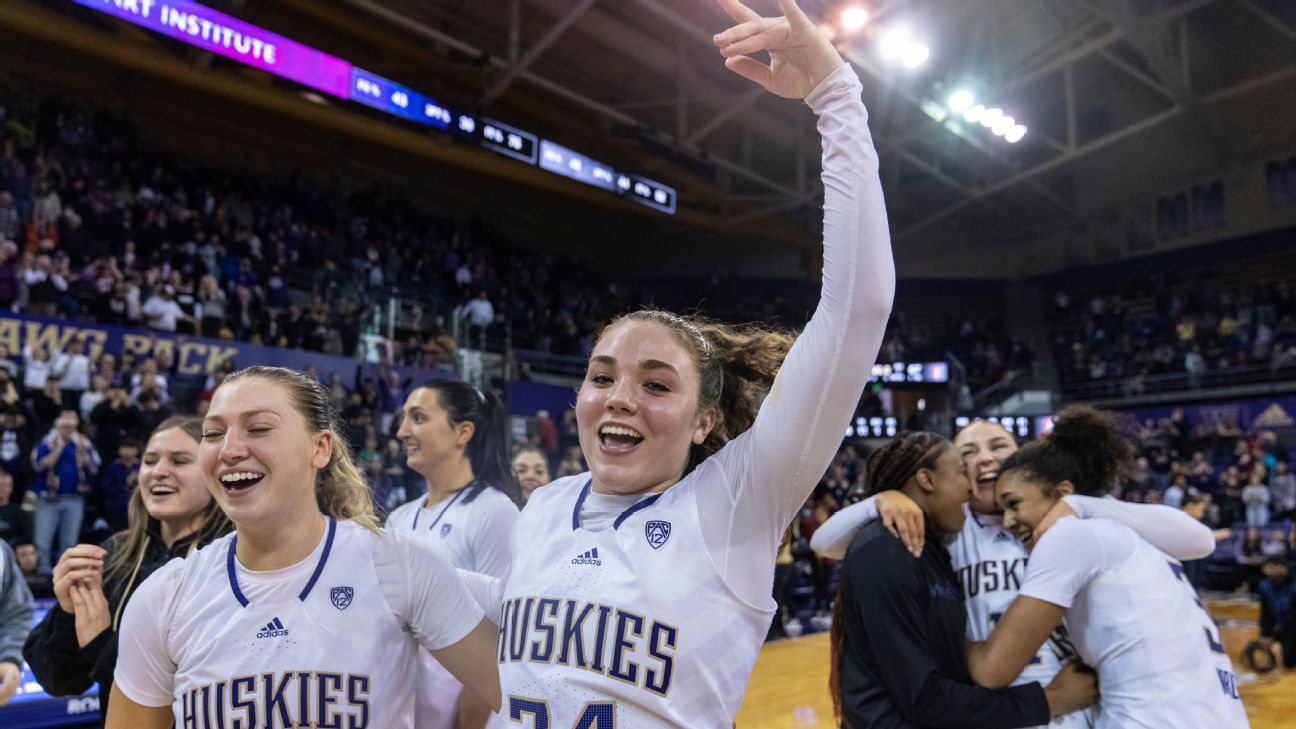 Washington, led by Elle Ladine, knocks off No. 2 Stanford