An ‘Illustrative Menu of Options’: Biden’s big democracy summit is a grab bag of vague ideas 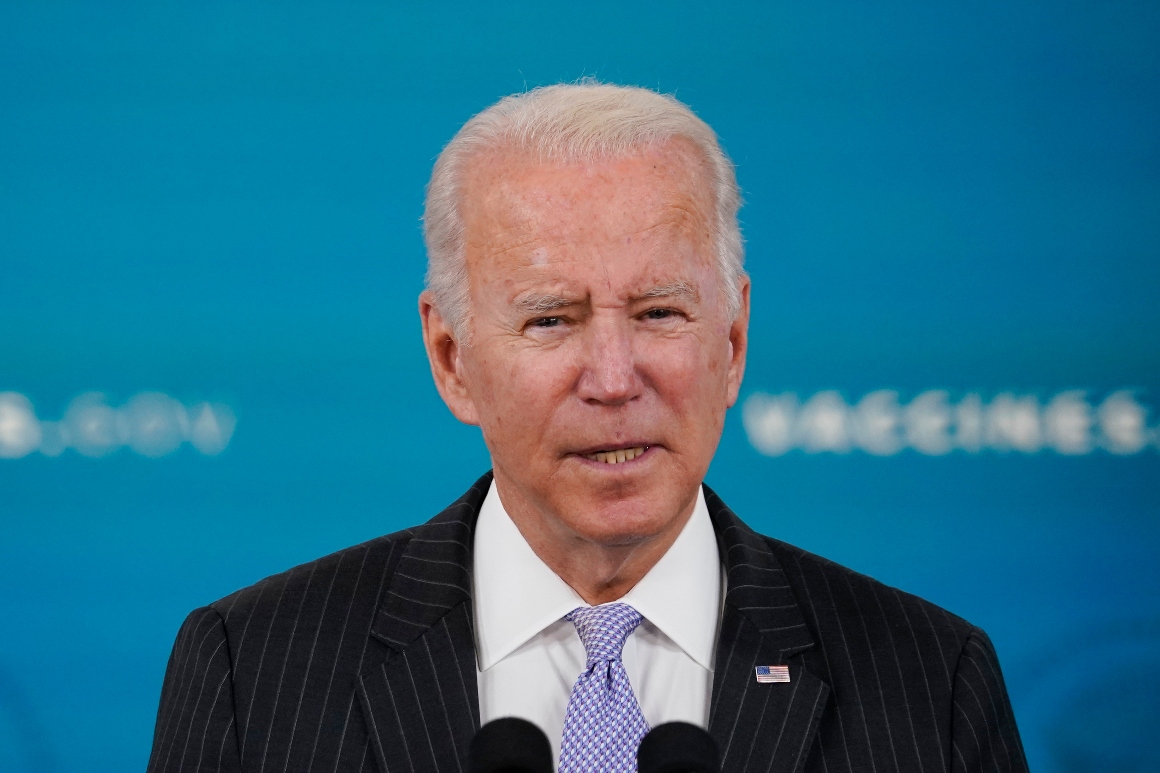 Overall, the variety of ideas underscores Biden’s view that strengthening the world’s democracies at a time of rising authoritarianism requires tools beyond mere rhetoric about free-and-fair elections. Biden is, after all, hosting the summit during a year that has seen at least six coups in countries from Myanmar to Sudan.

But it’s far from clear how many countries attending the summit will sign up for commitments or how many will follow through. Although none of the suggested commitments appear to be internationally binding, many will require governments to sell them to constituencies back home and allocate funding to making them real. That’s also true in the United States, where a polarized political environment has blocked Biden’s efforts to push through priorities such as voting rights legislation.

“The symbolism of the gathering is important, but the actual change on the ground that the summit would generate remains to be seen,” said Steven Feldstein, a senior fellow with the Carnegie Endowment for International Peace. “There are a lot of big questions on the table that the initial gathering won’t address, like what to do about weaker democracies that are showing regression.”

Spokespeople for the White House-based National Security Council did not offer comment for this story. But a person familiar with the upcoming summit stressed the ever-changing status of the ideas under discussion: The document describing the tech alliance, for instance, has been “overtaken by events,” but wouldn’t say what that meant.

The document that lays out the tech alliance proposal is tagged as “Non-Paper//Discussion Purposes Only.” It argues that one reason to launch such a democratic-led alliance is to counter the rise of “an alternative vision of the Internet as a tool of state control promoted by authoritarian powers such as China and Russia.”

In addition, the proposal calls for a commitment to ensuring open and interoperable access for software and apps among members; non-discrimination in domestic regulations; and shared commitments regarding data localization.

“In pursuing this proposal, we are not seeing [sic] to splinter the internet but offer a collective response to actions by a growing number of countries, particularly authoritarian countries, and thereby avoid a descent to a fully Hobbesian future where beggar-thy-neighbor conduct becomes the norm,” the document states.

It’s unclear how the alliance would differ from existing networks such as the Freedom Online Coalition. According to the text of a letter seen by POLITICO, people connected to that coalition are urging the Biden team “to seek multi-stakeholder input as you consider creating new initiatives that may be duplicative of, or shift focus or resources from, the FOC’s work.”

The person familiar with the situation said the Biden administration is engaging the FOC’s advocates and fully aware of its concerns, but that the idea for the alliance is not necessarily at odds with the U.S. support for the FOC — of which the United States is a member.

Due largely to the Covid-19 crisis, the administration has had to lower expectations for December’s summit, the convening of which was one of Biden’s most concrete foreign policy pledges during the 2020 presidential campaign.

The original idea was to hold one, in-person summit of world leaders earlier in Biden’s first year. Instead, the administration now plans to host a first, virtual summit in December, to be followed by a “year of action” that culminates in a second, presumably in-person gathering in 2022.

In brainstorming ideas for the summit, administration officials came up with an “Illustrative Menu of Options” for commitments the U.S. could seek from the various countries invited to the gathering. That document includes an array of potential commitments that fall under the three main themes of the summit: fighting corruption, defending against authoritarianism and advancing human rights.

For instance, countries may be encouraged to convene a joint law enforcement-civil society commission that tackles human rights issues. Or they could run for a spot on a United Nations committee that deals with NGOs as a way to counterbalance the influence of authoritarian governments such as China. Or they could pledge to use tools such as export controls and sanctions to limit the ability of other governments to target dissidents across borders.

One of the documents obtained by POLITICO appears to be a compilation of Biden administration achievements that U.S. officials plan to tout during the December summit.

That list includes the creation of a White House Gender Policy Council; Biden’s executive actions designed to improve access to voting; and the release of the “first-ever U.S. National Strategy for Countering Domestic Terrorism.”

While the White House is pushing forward with its planning for the virtual summit, civil society organizations have expressed growing frustration at what they see as their marginal role in the global gathering.

Various leaders of NGOs and other activists have been sharing drafts of letters and memos aimed at pressing the White House to engage them and give them more air time during the summit. At the moment, a huge chunk of the virtual event appears to be dedicated to three-minute speeches by the attending government leaders.

The person familiar with the situation stressed that the administration is actively engaging outside groups and that it is “going to involve civil society meaningfully in every aspect of the summit itself … The summit is not just about foreign heads of state.”

It’s tough to say how far such assurances will go.

In one memo seen by POLITICO, some civil society groups urge the administration to “stress to participating governments the importance of consulting civil society and other stakeholders on their commitments in ways that are inclusive and timely.”

The memo also urges the administration to “publish the list of invited countries so that civil society partners in those countries are better aware of the opportunities they have.”

“It is a shame that this initial event in December is not more inclusive,” said Sarah Repucci, a top official with Freedom House, an organization that tracks the health of democracies around the world.

While some details have leaked about the invitees, the administration hasn’t officially published a full list. Some countries, such as Turkey and Hungary, have not been invited because their leaders have been undermining their democratic systems for years. Taiwan is among the invitees, according to the list obtained Thursday.

Repucci said that it’s important to hold the summit, at the very least to send a signal to seemingly emboldened authoritarian states, especially China and Russia.

“It does matter what democracies do,” Repucci said. “They need to set a positive example and band together, because the dictatorships band together.”