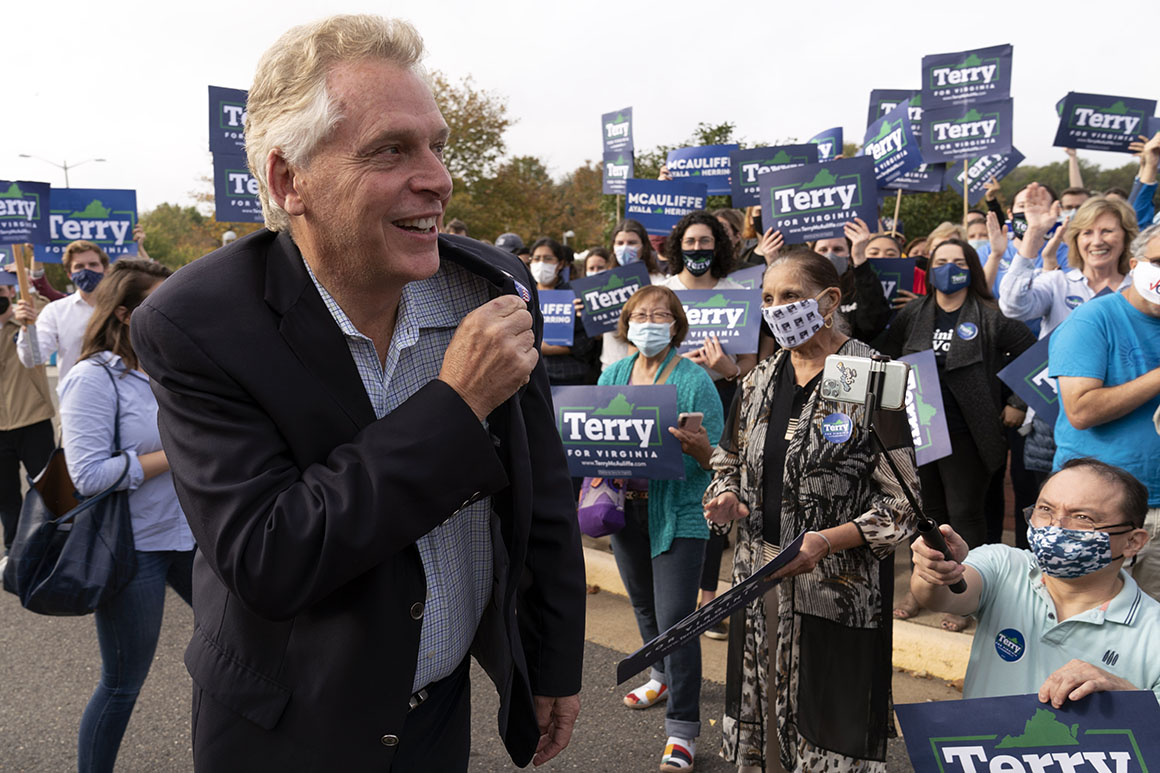 “He needs to come out today and say it was wrong to do Pledge of Allegiance to that flag, and I want him to come out and say [the] Jan. 6 insurrection was wrong,” McAuliffe added.

While Youngkin was not in attendance at Wednesday’s rally, former Trump administration chief strategist Steve Bannon did address the crowd. Trump addressed the crowd as well, telling rallygoers via telephone that “Glenn Youngkin is a great gentleman,” before delving into his long-debunked claims that last year’s presidential election was stolen.

Youngkin’s runningmate, lieutenant governor candidate Winsome Sears, was scheduled to address the rally but left before the program, according to The Washington Post. Youngkin has yet to comment publicly on Wednesday’s rally and spokespeople for his campaign did not respond to an email about McAuliffe’s remarks.

Sudan coup explained: The military has taken over in Sudan. Here’s what happened