Progressives rally around Medicare with cuts to health package looming 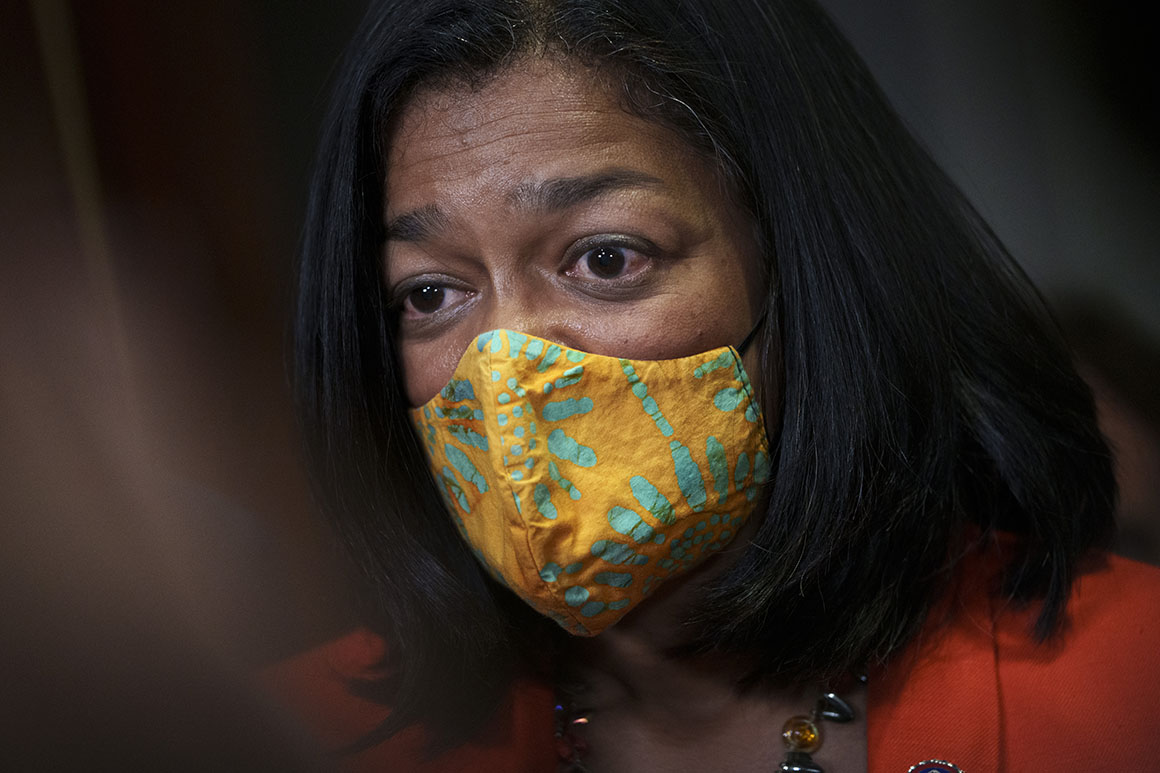 “We have no intention of backing down,” Jayapal said on a call with advocates Tuesday night. Addressing the possibility of fewer health programs in the bill, she said, “A lot of people have asked: ‘Isn’t something better than nothing?’ And the answer, quite simply, is no. Because when it comes down to something rather than nothing, it’s the same people who are forced to settle for nothing over and over and over again.”

Progressives are closing ranks behind Medicare expansion because it represents the best chance of getting a sliver of their “Medicare for All” vision into law. But in the process, they’ve drawn criticism from fellow Democrats that the benefits would flow to the wealthy at the expense of poor people and communities of color on Medicaid, along with threats from health industry groups that it could raise seniors’ premiums. The program’s cost of more than $350 billion over a decade, according to some estimates, has also made it a big target for cuts as leadership tries to muster the votes to pass the package in the face of what’s expected to be unanimous Republican opposition.

The progressives argue Congress still can control costs by authorizing the new Medicare benefits for only a few years, in the belief that they would prove so popular that future Congresses would have to renew them. Meanwhile, centrists like Golden and Sen. Joe Manchin (D-W.Va.) are insisting that any benefits be means-tested so they’re limited to the poorest Americans — a non-starter for many on the left who say it would undermine a basic tenet of social insurance. And depending how low Manchin and others force down the top-line cost of the bill, the Medicare expansion could be dropped entirely.

“We’re having to move from snips to chops,” said one senior Democratic aide.

“The consensus in the caucus is that whatever we have in the package, we have to do it very well, instead of spreading things so thin that you don’t end up with the impact that you want across the country,” said Rep. Anna Eshoo (D-Cal.), who chairs the health subcommittee of House Energy and Commerce.

Democratic lawmakers and aides said the envisioned Medicare expansion is the likeliest to drop out in its entirety because of its high cost and the difficulty of rolling it out quickly — a key factor since Democrats are planning to campaign on the new programs next year as they fight to maintain their slim congressional majorities.

Even the House’s $3.5 trillion plan proposed delaying the start of dental coverage until 2028, and Rep. Mark Pocan (D-Wis.), who formerly led the Progressive Caucus with Jayapal, acknowledged the difficulty of making it available much sooner.

“Some of these are going to be tougher to move up considerably,” he said.

The slow rollout is also a sore point for those members who are depending on the bill’s programs to help them hold onto their seats in swing districts.

“I don’t want this to be some amorphous thing where we say to someone who is 68 years old: ‘You might never see the benefit of this but guess what, we passed it for the next generation,’” said Rep. Susan Wild (D-Pa.). “That doesn’t do it politically and it doesn’t do it for the people we’re here fighting for.”

Some outside advocates and lobbyists say that, if forced to choose, Democrats are more likely to prioritize Medicaid in must-win swing states — like Florida, Georgia and North Carolina — and Affordable Care Act subsidies for millions nationwide as they keep their eyes on their electoral prospects.

Also threatening the expansion plan is the Democrats’ ongoing inability to agree on a plan to lower drug costs, which they’re counting on to at least partially fund the pricey benefits expansion.

To make the math work, some lawmakers have suggested punting the Medicare benefits proposal until next year. They could also only include the dental benefit, which many argue is the most pressing health need of the three, or vision and hearing, which are far cheaper.

“We might see them split up,” House Budget Chair John Yarmuth (D-Ky.) told reporters. “Although I don’t think [Medicare expansion advocate] Bernie [Sanders] wants to do that.”

The progressives, emboldened by their ability to tie the fate of the infrastructure bill H.R. 3684 (117) to the social spending package, say they’re ready to withhold support again if the Medicare benefits are slashed in the forthcoming negotiations.

Sanders, the Senate Budget chair, this week called the inclusion of dental, vision and hearing “not negotiable.” And Pocan told POLITICO that it was evident in the Zoom call with the White House that they’re being taken seriously.

“They realize that if there was anyone willing to put some real capital out there and hold back our votes, it’s us,” he said.

Brazil passes grim milestone of 600,000 Covid-19 deaths, second only to US