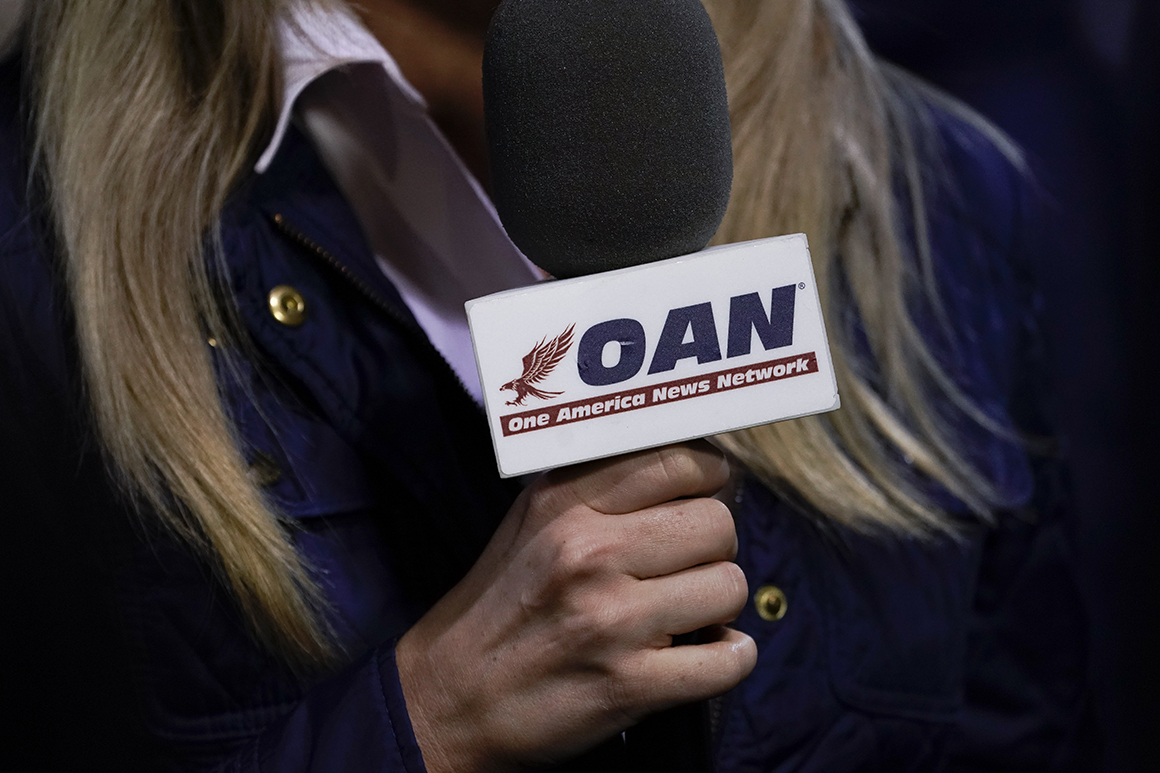 “OANN had every opportunity to do the right thing after the 2020 election for President and Vice President of the United States,” attorneys for Smartmatic wrote in their complaint. “It could have reported the truth. Instead, OANN chose to do the wrong thing every time. It reported a lie.”

Smartmatic’s suit alleges that the network did so in order to juice its ratings, at a time when dissatisfaction on the right with Fox News led a portion of its conservative audience to seek out alternatives more favorable to Trump.

“OANN had found a winning recipe: spread disinformation about the election and Smartmatic to get views and viewer loyalty,” the nearly 200-page lawsuit claims.

OANN did not immediately respond to an email seeking comment on the suit.

Earlier this year, Smartmatic sued the parent company of Fox News, several Fox anchors and a pair of attorneys — Rudy Giuliani and Sidney Powell — who promoted similar claims surrounding the integrity of the 2020 election. Defendants’ attorneys in that case have sought to have Smartmatic’s lawsuit tossed on First Amendment grounds.

Dominion has likewise filed lawsuits against many of the same figures, including One America News, and the two companies are seeking billions in damages to their businesses as a result of efforts to discredit the 2020 elections. A federal judge in August declined to throw out defamation lawsuits filed against three of the chief promoters of Trump’s election fraud claims.

In addition to the two companies, other figures who were subjects of false voter fraud claims have lodged lawsuits against those who helped push claims about malfeasance by state and local election officials. On Tuesday, James Savage, a supervisor of a voting machine warehouse in the Philadelphia suburbs, sued Trump and several of his key advisers and accused them of slandering him in their quest to overturn the election results.

Should the government do more to protect the NHS?