Texas man sentenced to 14 months for social media threats to lawmakers on Jan. 6 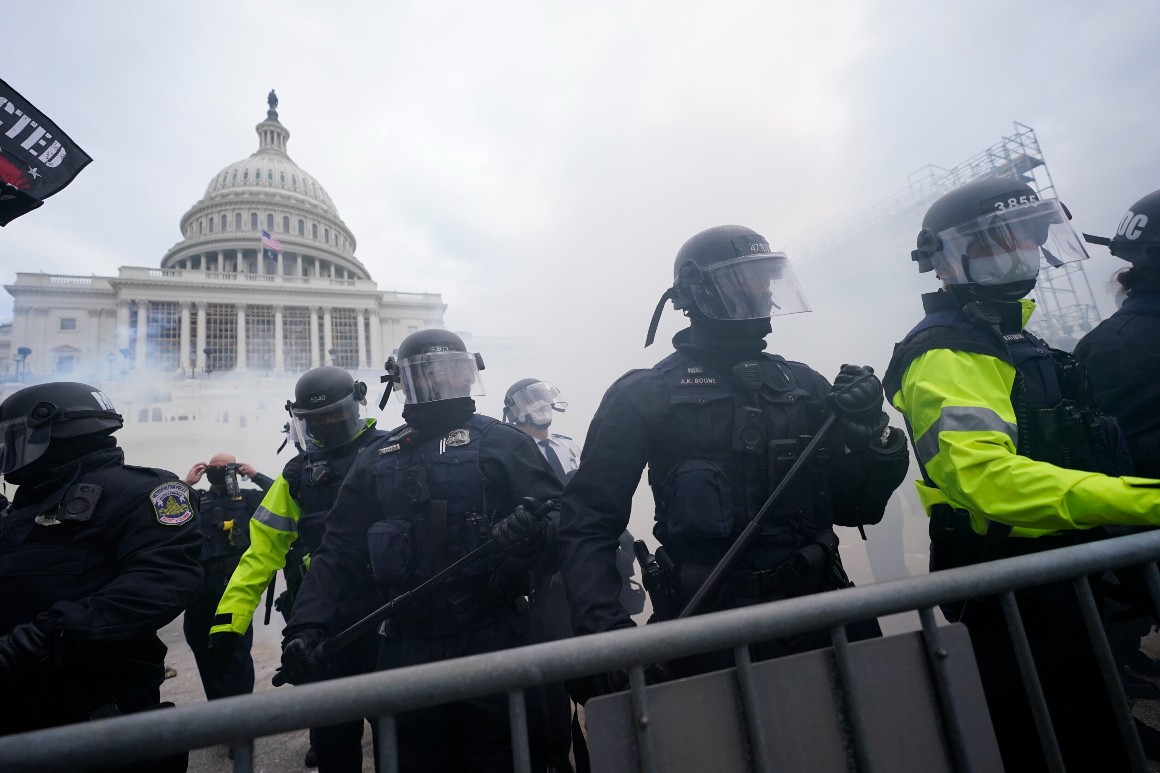 Smocks “encouraged people who were actively fighting law enforcement, people who were actively engaged in trying to stop the transition of power,” Chutkan said. “Many of those people were violent, many of them defaced the halls of Congress. Mr. Smocks now seeks to somehow compare himself and drape himself in the mantle of civil rights. I, for one, find that offensive.”

The sentence tops the eight-month jail term handed to Paul Hodgkins, who breached the Senate chamber on Jan. 6 but was not accused of violence.

As dozens of Capitol riot cases move toward sentencing, Chutkan, an appointee of President Barack Obama, has become one of the court’s most vocal members in characterizing the attack as a fundamental assault on the peaceful transfer of power. Prosecutors have already used her words to help advocate stiffer sentences for some of the defendants. And her portrayal of the attack could become even more significant as she prepares to hear arguments in former President Donald Trump’s lawsuit to block the release of his White House records from congressional Jan. 6 investigators.

Trump and the House Jan. 6 select committee have asked for arguments to be held on Nov. 4.

Smocks has been held in pretrial detention since Jan. 15, so his sentence will keep him incarcerated for five more months. In addition to the threats he issued to lawmakers, Smocks has an extensive criminal history that includes 17 prior convictions. Chutkan said that factored into her decision.

“Mr. Smocks’ record is notable for his apparent inability to live a law-abiding life,” Chutkan said. “I continue to believe that every individual is capable of change and growth. I’m not optimistic in this case.”

Prosecutors found that in addition to encouraging rioters while the attack on the Capitol was underway, Smocks sent another social media message that was viewed by tens of thousands:

“Over the next 24 hours, I would say, lets get our personal affairs in order. Prepare Our Weapons, and then go hunting. Lets hunt these cowards down like the Traitors that each of them are. This includes, RINOS, Dems, and Tech Execs.”

He pleaded guilty to one count of issuing interstate threats.

Smocks, in arguing that he was being singled out, initially claimed that he was the only Black defendant connected to Jan. 6 who was held in pretrial detention. But Chutkan reminded him that Mark Ponder, a Black defendant charged with using a baseball bat against Capitol Police on Jan. 6, has been in jail for months and in fact appeared in her courtroom this week.

Smocks went on to compare his case to numerous Jan. 6 rioters who had cut plea deals despite entering the Capitol and making violent remarks.

“Karl Dresch, who was detained in the cell right next to me … was allowed to plead guilty to a misdemeanor charge for picketing,” Smocks said.

“People died fighting for civil rights,” she said. “People were beaten, they were tortured mentally and physically,. For you to hold yourself up as somehow a soldier in that fight is audacious.”

Rep. Madison Cawthorn, wife to divorce, having been married less than 9 months