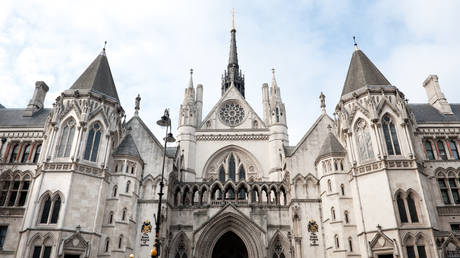 The UK’s High Court has ruled that thousands of human trafficking victims, who have been stuck in “legal limbo” awaiting asylum or humanitarian protection, should be granted leave to remain, in a landmark decision.

The judgement, delivered by Justice Linden on Tuesday, orders the UK government to grant, en masse, leave to remain to thousands of human trafficking victims who have been forced to wait for years while applications for asylum make their way through the Home Office and courts.

Speaking in the High Court, Justice Linden discussed the impact of the delays, stating that “the effect of the refusal to grant the claimant modern slavery leave is that she is subject to the so-called hostile environment underpinned by the Immigration Act 2014.”

The case was sparked by a legal challenge against the Home Office by an unnamed 33-year-old Vietnamese woman who claimed to have been trafficked to the UK in the back of a lorry, before being forced to work in brothels and in drug production.

Despite being recognised as a victim of human trafficking, she was first sentenced by Preston Crown Court to 28 months in prison for conspiring to produce cannabis and later locked up in immigration detention by the Home Office pending the outcome of her asylum appeal.


Praising the court’s ruling, lawyer Ahmed Aydeed, who represented a trafficking victim, welcomed how it will ensure that individuals seeking asylum or protection “will no longer be left to live in this half-world, this legal limbo that has stripped them of their dignity and exposed them to further exploitation.”

The UK government has not yet publicly responded to the judgement. The Home Office has until October 19 to decide if it wishes to appeal the ruling.