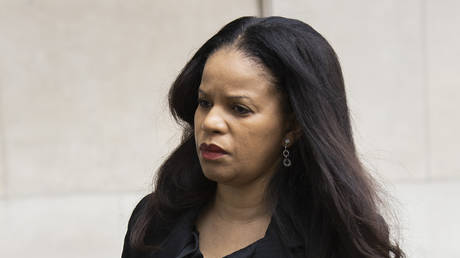 Independent MP Claudia Webbe has been found guilty of waging a campaign of harassment against her partner’s female friend after a British court heard she threatened to hurt the woman with an acid attack.

The conviction comes over a year after Webbe was first charged by police over the harassment, which authorities claim took place from September 2018 until April 2020.

During her trial, the court was told that Webbe had become “obsessed” with Michelle Merritt, a friend of the MP’s partner Lester Thomas. During the roughly two-year campaign of harassment, Webbe allegedly called Merritt over and over again, despite being asked to stop, threatened to share naked images of Merritt with her family, and threatened to attack her with acid.


Elected as a Labour MP for Leicester East in 2019, she was suspended by the party pending the outcome of the case, which she contested, and chose to sit in Parliament as an independent rather than resign.

Webbe is now expected to resign as an MP. She can only be removed from her seat in the House of Commons if the court sentences her to a year or longer in prison.

The politician had initially secured her place in Parliament after succeeding former Labour MP Keith Vaz, who himself had to retire from politics following a scandal alleging he paid male prostitutes.

What Colin Powell said about Barack Obama and Islamophobia : NPR

Covid inquiry: When will it happen and how does it work?